I fizzled out a little early on 2011's Project 52, so I'm going for less commitment but more accountability in 2012.☺

This year, I've teamed up with a dozen of my fellow CMPros for a monthly challenge.  Our project is called The Way I View _______, where we shoot with a certain theme in mind each month, then link up to one another's blogs at the start of the new month.  These girls inspire me big time ♥, and I know they'll help keep me on my toes!  For that I am grateful, because to be honest I spent most of January in a funk, photography-wise.  Short days, cold temps, and a home desperate for post-holiday organization and weeding out... lots of excuses to leave the camera in the bag.  But knowing I needed something, anything, for this project, I finally broke it out last weekend. 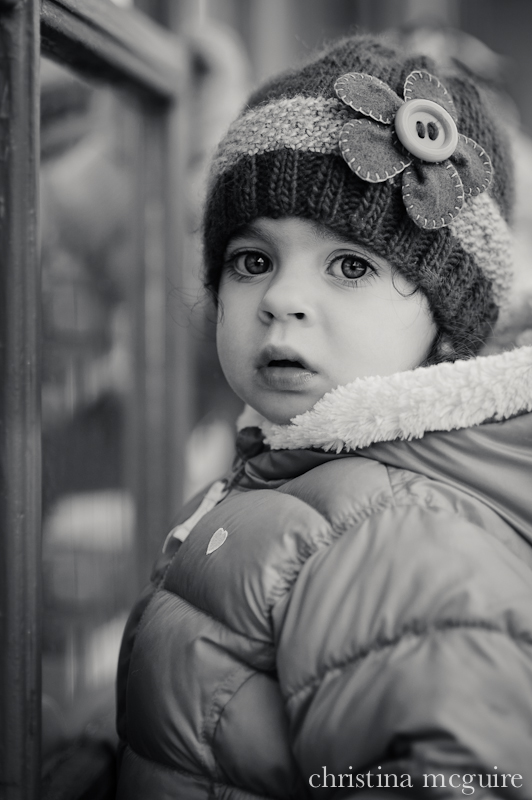 January's theme was New Beginnings, and while I didn't come up with anything too relevant that afternoon, I'm so glad I had my camera with me. 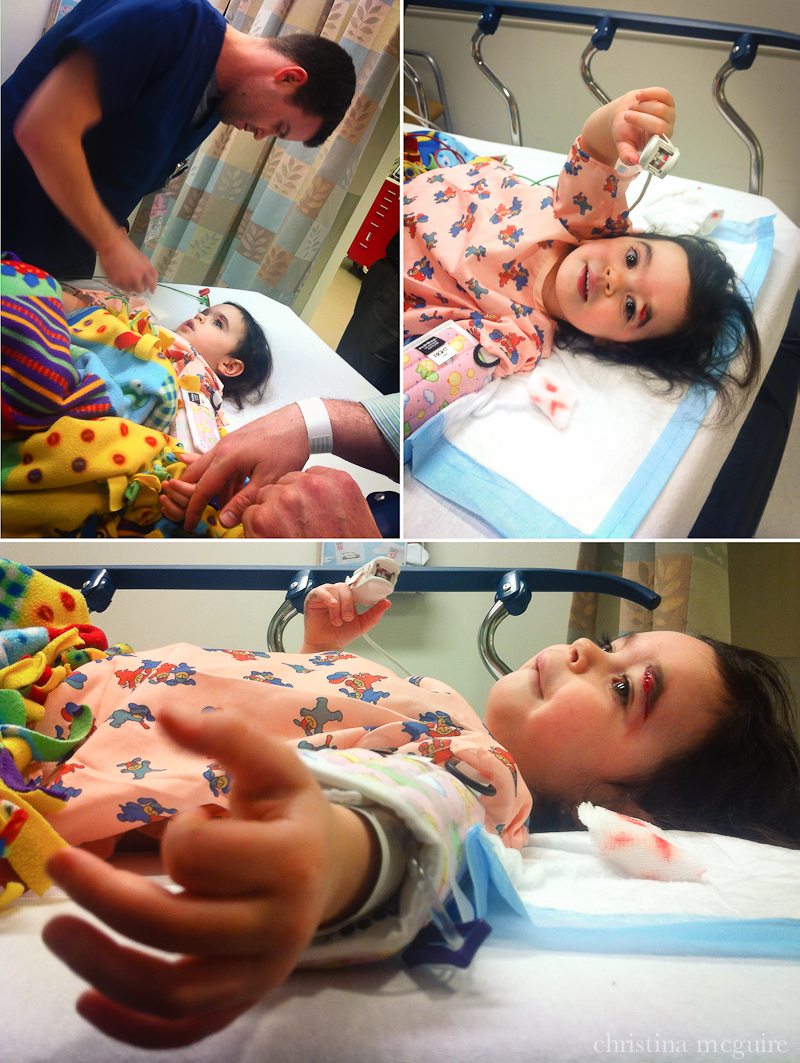 She was lucky; half an inch lower and I cringe to think.  I'm grateful we had my hubby's phone to document how ridiculously brave she was (much moreso than her mommy, whose knees gave way shortly after that last shot when the plastic surgeon began stitching).  Because these photos serve as a reminder that our kids do literally change from one day to the next.  They prove that the best camera out there is the one you have on you☺ and that it can't always be about the great light/focus/composition.  Sometimes, it's as simple as having a tangible memory of the moment.

So cheers to New Beginnings,
to snapping out of my funk,
to getting back to capturing the everyday moments... 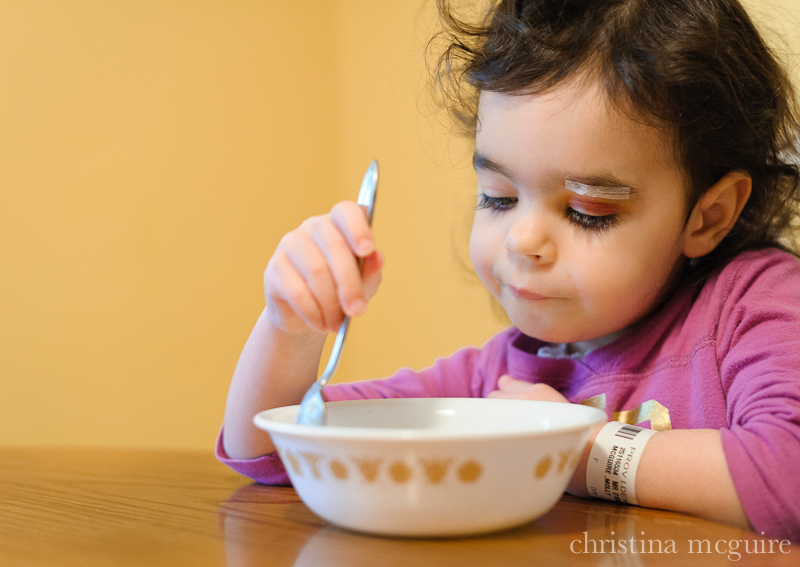 ...Like when she shows up to the breakfast table, sporting the "hosipal" bracelet she (still!) won't let us cut off and wearing a purple shirt specifically picked out to match her booboo eye. ♥


* * *
Now head on over to Beira Brown's blog, and keep following the circle around!