My most cooperative model, and the subject of many photography assignments and Project 52 submissions, including a sunbathing capture from earlier this year... 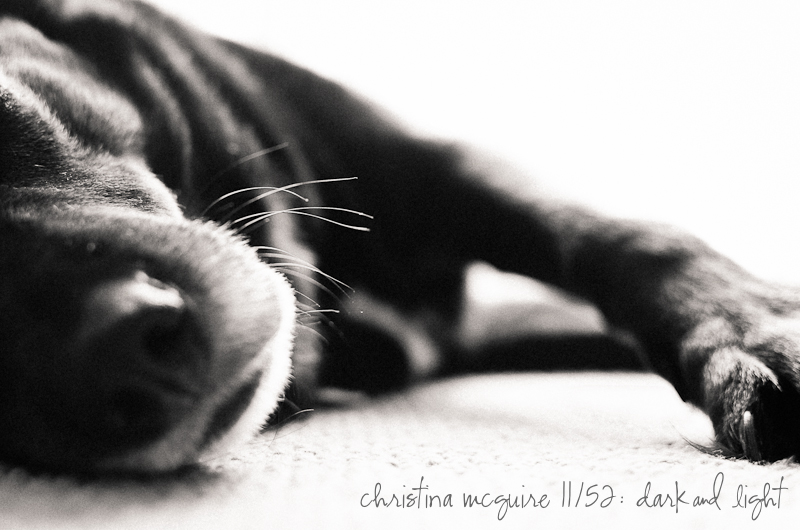 It's been a dark day.  We had to say goodbye to our beloved Reilly, well before his time.
But for 6 years, he gave us so much light. 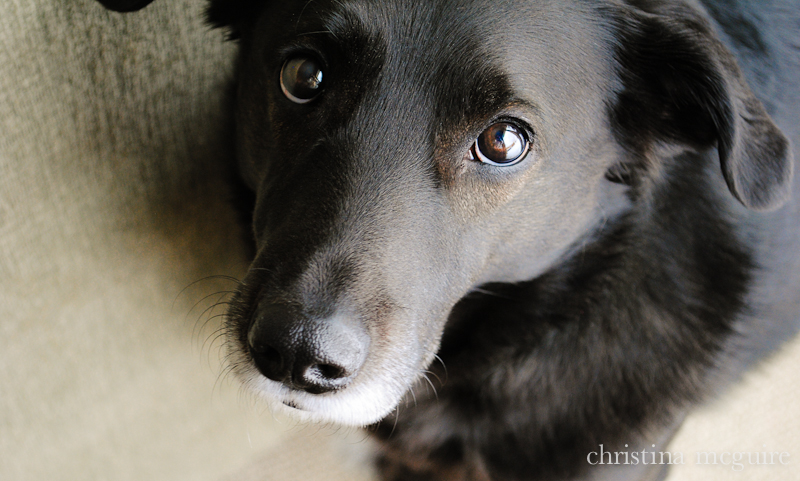 He was the first to greet our babies with kisses when we brought them home from the hospital.

Remarkably gentle and tolerant as they learned to roll over, crawl, pull to a stand, walk, then finally run... often at his expense.


Just two textures that would prompt her thumb-sucking: a nubby blankie and her furry dog.
First word?  "Daw", of course. 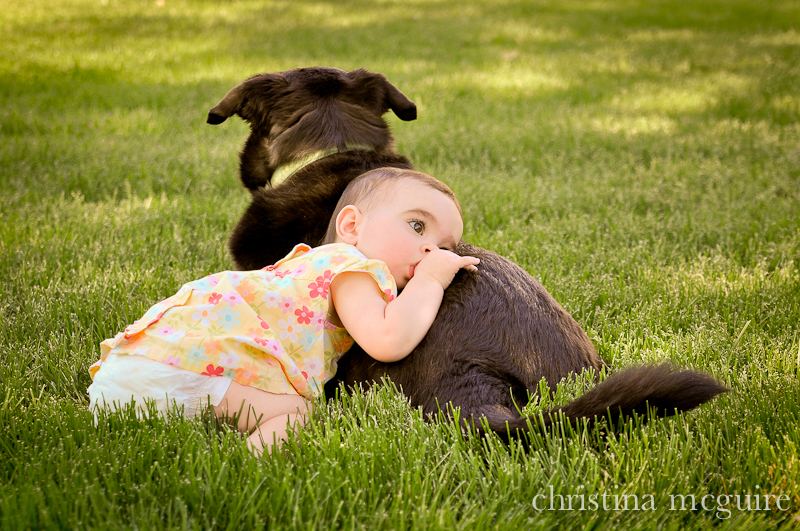 And this one --
such a rambunctious spirit, but so loving and compassionate with her buddy, especially in his final months and days. 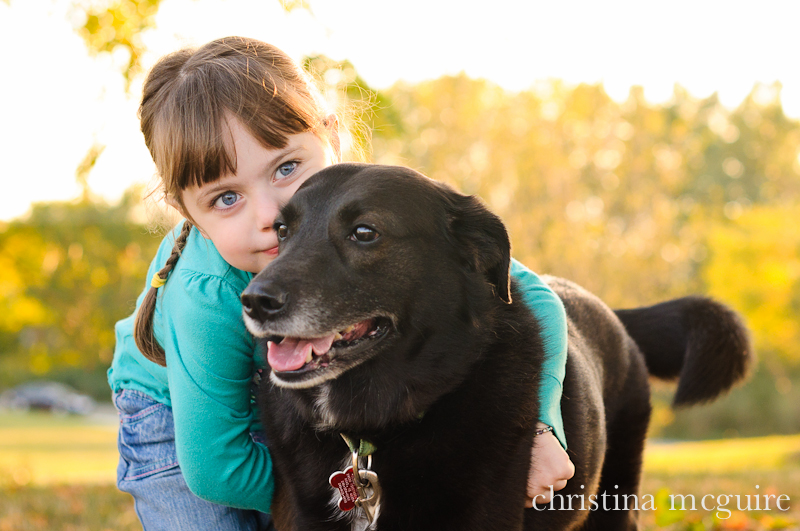 We hung onto his collar, now permanently decorated with marker...
because yes, he even stood still while they drew on him.
He never tattled. 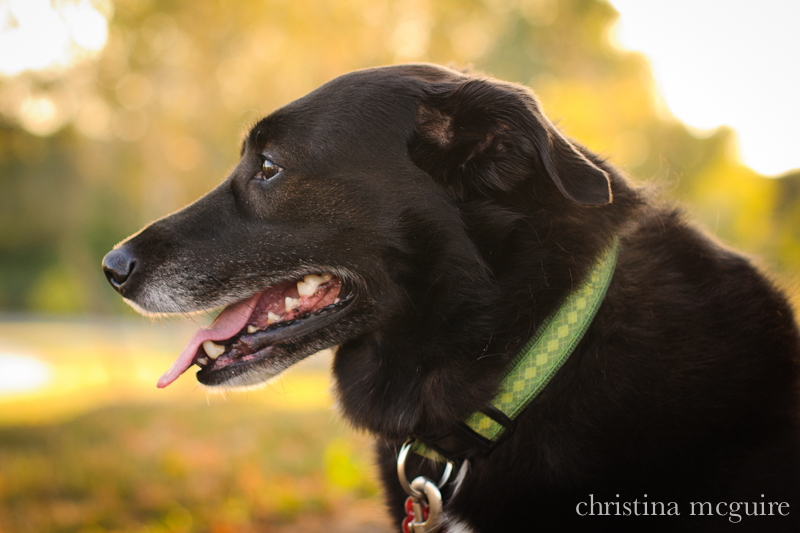 He was my alarm clock; the best kind.
Even if I couldn't find a snooze button. 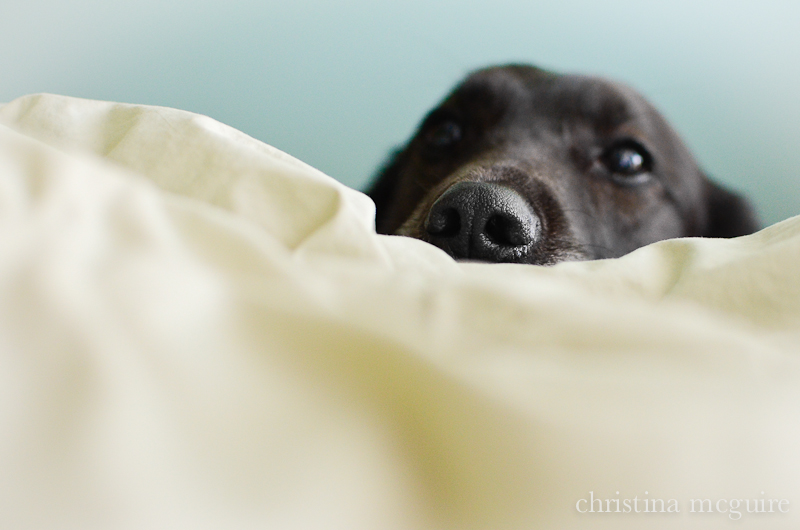 And my supermodel once again...
The following photo was taken a few days after he was first diagnosed with lymphoma and given a grim prognosis.  That was April.

We were blessed to have 6 more months with him, mostly good... But in the back of my mind, I often wondered if every subsequent photo I took of him may be the last.  I am so grateful to have captured a quiet moment between him and Molly just a couple weeks ago, and a few more late last night as he laid next to Charlotte's bed, both of them restless.  I can't edit those yet.  But tonight, our heartbreak is coupled with a sense of relief and calm.  Light. ♥