Picking up where I left off, here's the remainder of my work from my Natural Light course.  I've been grateful for such cooperative, balmy fall weather this year. ♥


Week 3: Backlighting
"Favorite!"  It's what I blurt out during Fourth of July firework displays (ask my husband -- not irritating at all).  But this is how I've come to feel about images with my subjects' backs to the sun.  Taking advantage of the Golden Hour after sunrise or before sunset epitomizes finding the light.  Coordinating nap cut-off, early dinner, hubby's commute home, loading the troops in the car, and arriving at the park as the sun starts to drop but before it's too low in the sky?  A bit maddening.  Sparkly trees, haze, sunflare, and rim lighting?  Worth the effort. 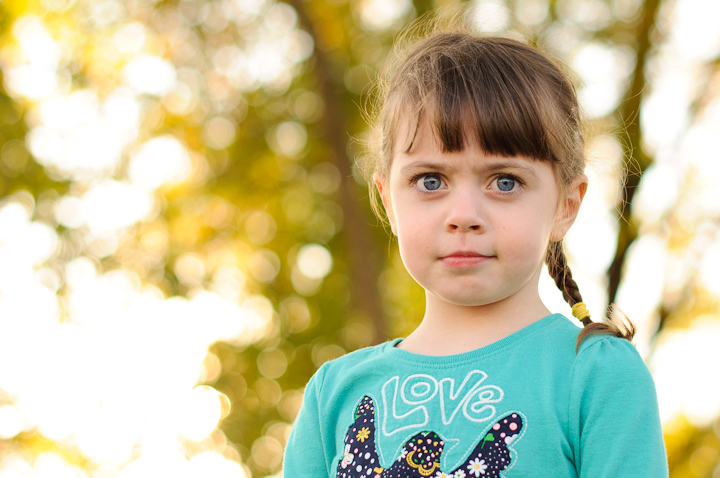 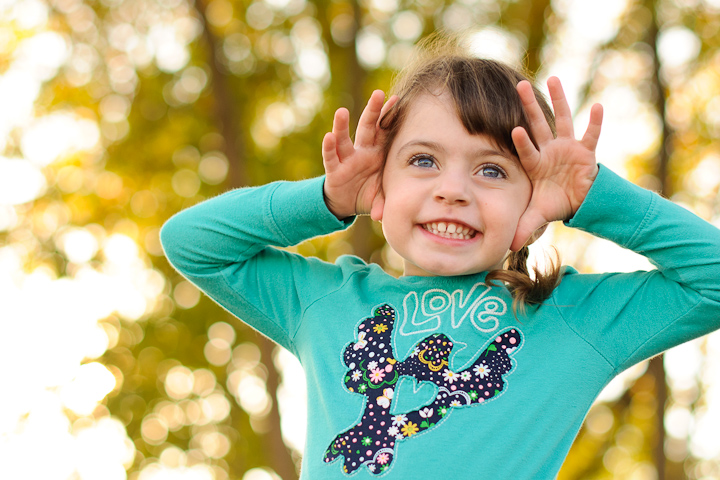 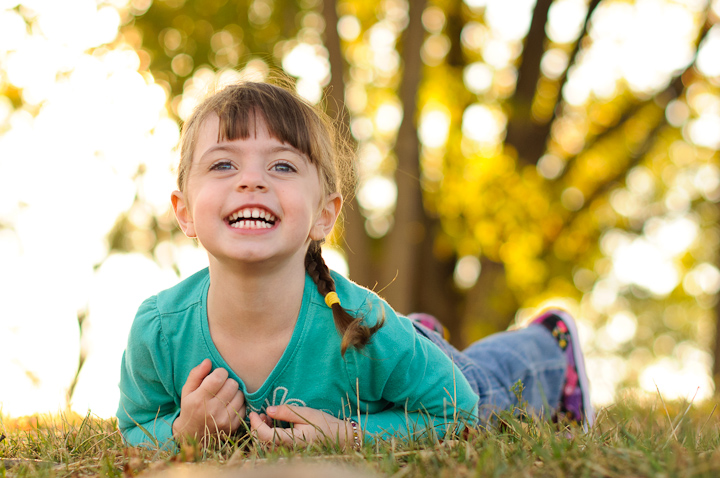 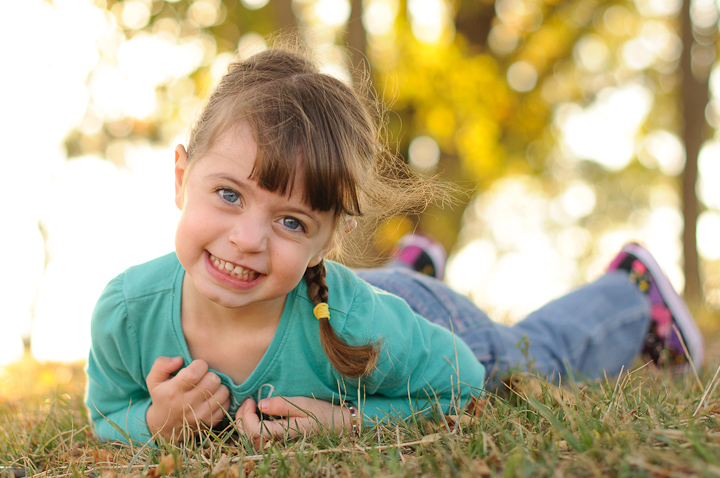 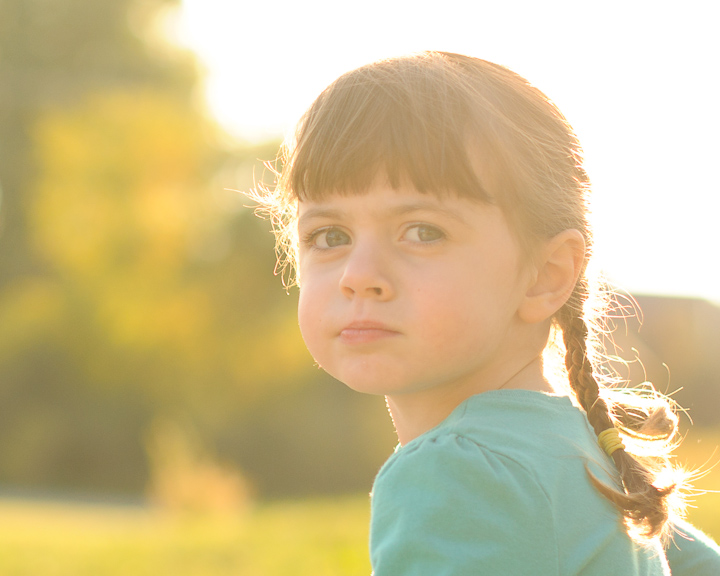 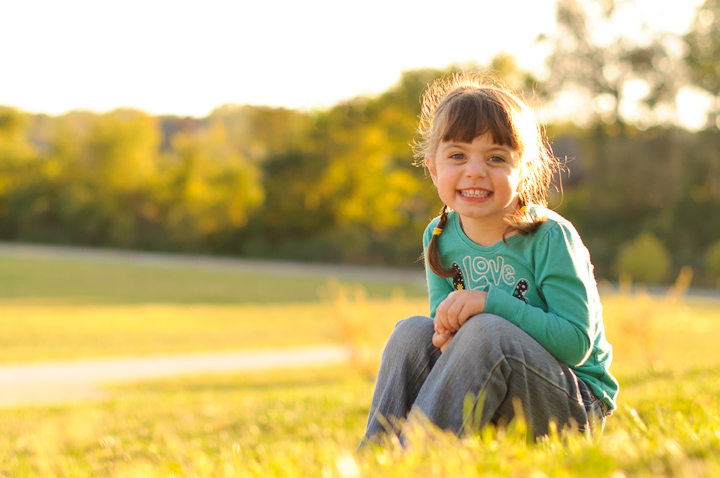 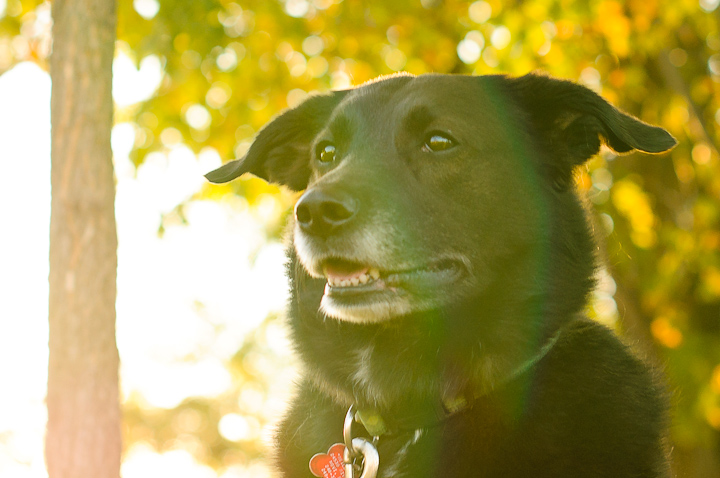 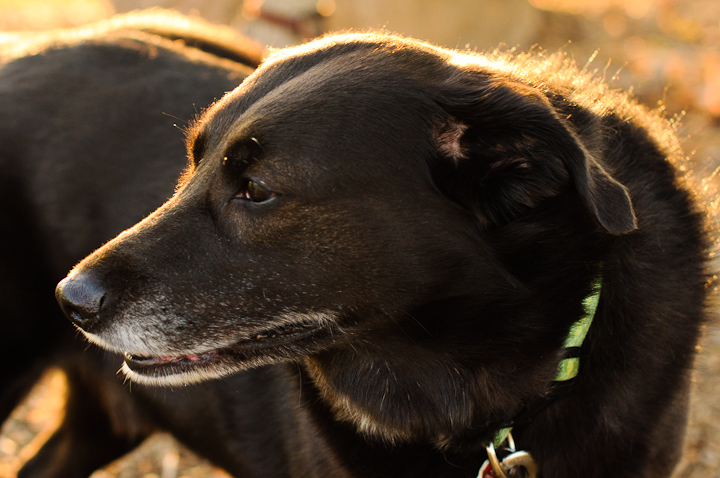 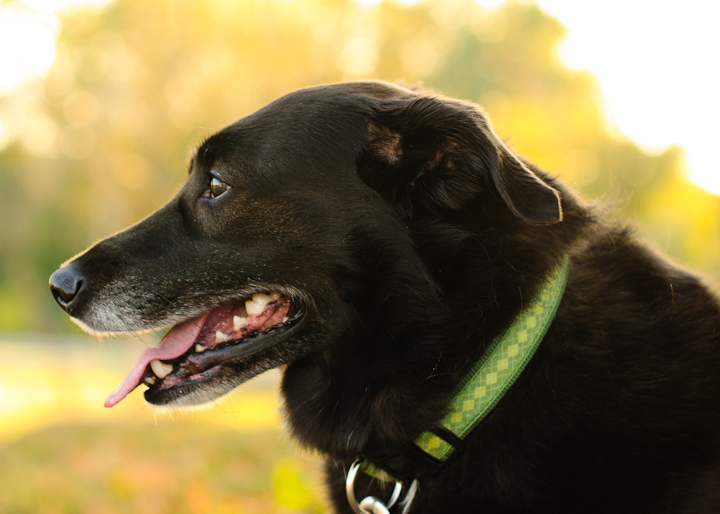 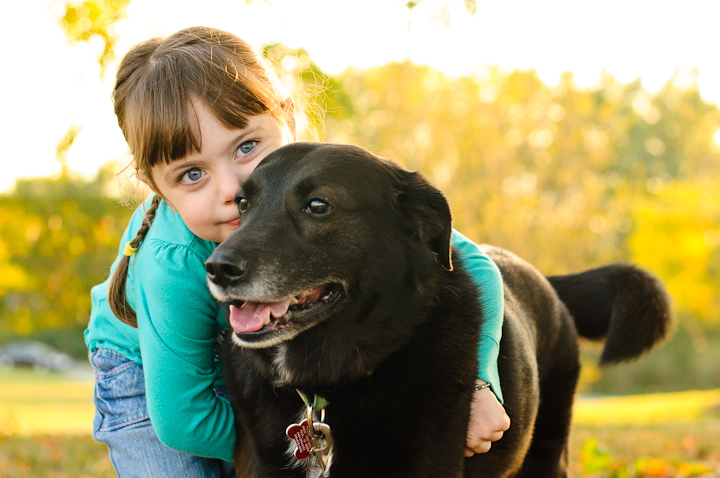 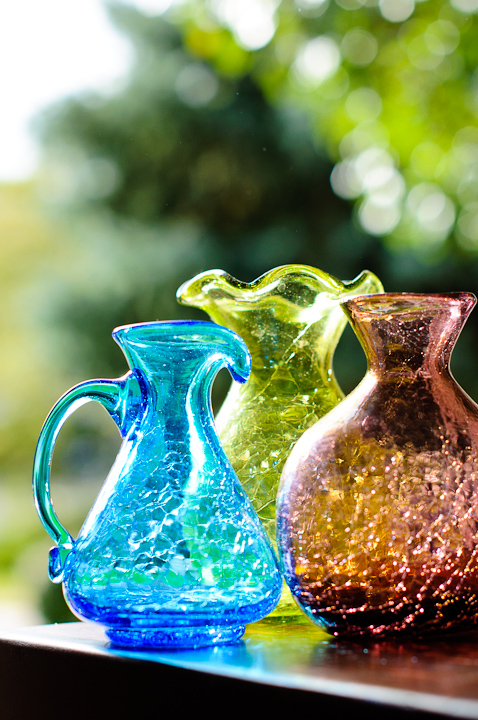 To capture silhouettes against the setting sun, the window of opportunity is even smaller than with backlighting; we're talking less than a 1/2 hour to set up, meter, direct your model(s), and shoot.  It took much longer to scout out locations (earlier in the week, without kids in tow) than to actually take the photos.

Finding a hill or shoreline void of skyline clutter in Southeastern Michigan?  Seemingly impossible.  I had to improvise and get down super low to the ground in order to isolate my subjects.  Lying in dirt and/or goose poop may have been involved.  Because I had to back up so far when taking these shots, I even relied on a can of spraypaint for the first couple to remind my ballerina where her grassy "stage" was (and while we haven't been able to master that grand jeté just yet, her eager attempts proved fairly entertaining)! 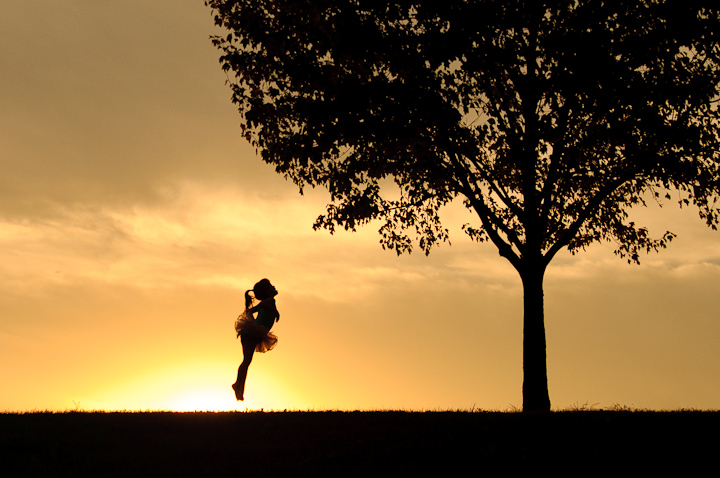 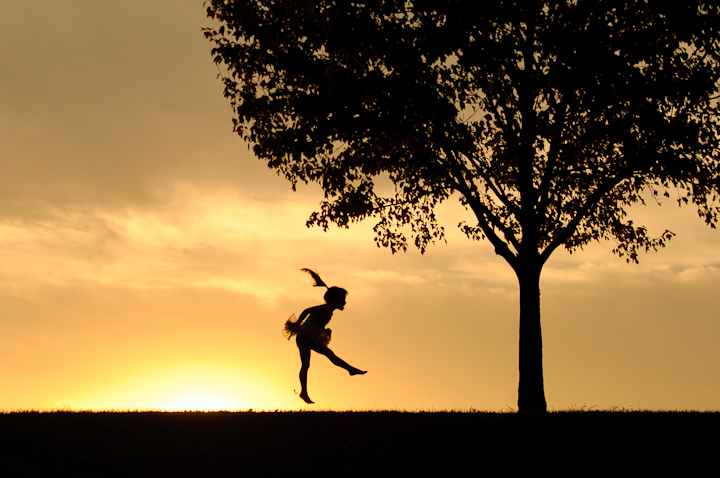 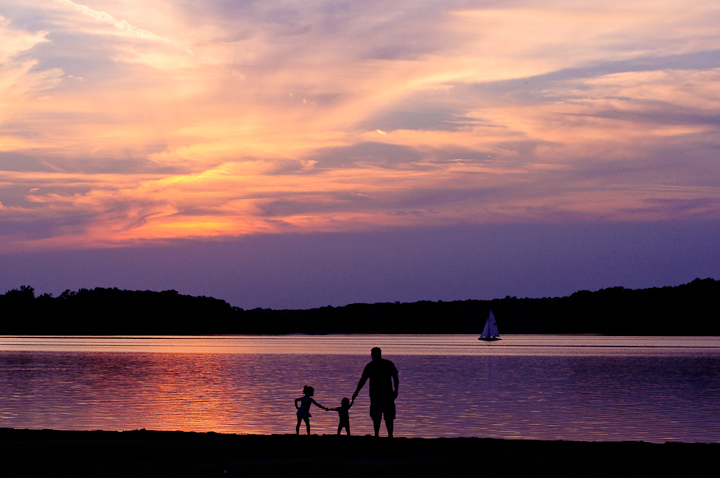 So with a nasty flock of geese honking and hissing my way, I quickly sunk to the level of "anything for the shot"... but again it was worth it; I learned a lot.  I may have even walked away with a Christmas card photo, thanks to the extra child wrangler & second shooter I recruited along the way (xoxo, Mom & Dad ♥).


P.S.  No children or animals were harmed in capturing these photographs.
Despite the pure annoyance portrayed here... 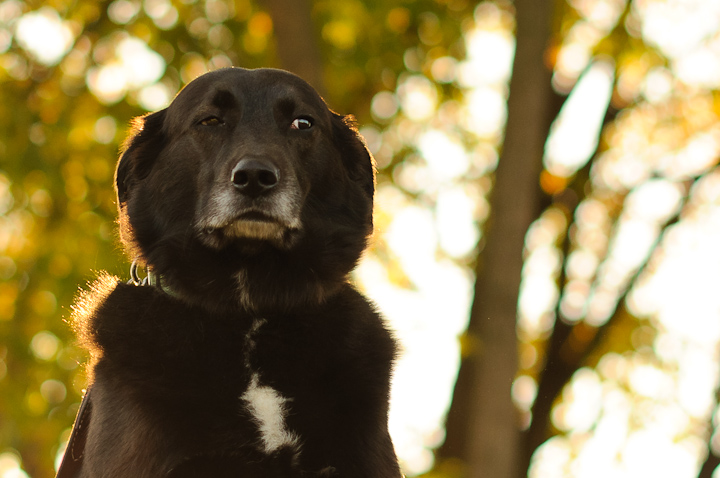 ...my subjects were handsomely compensated for their participation :) 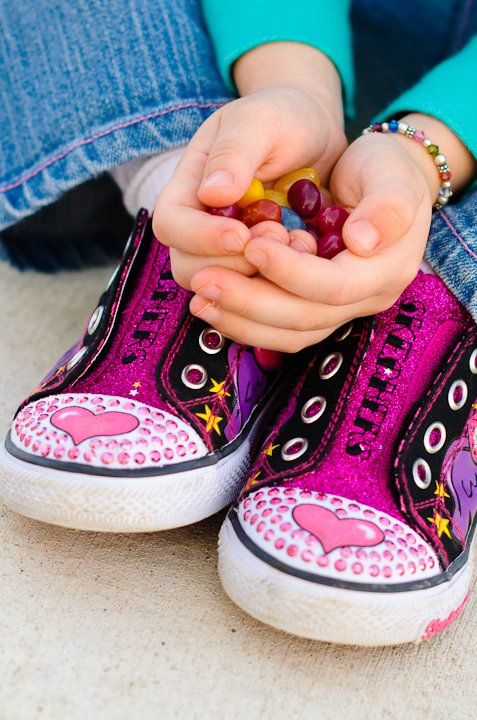